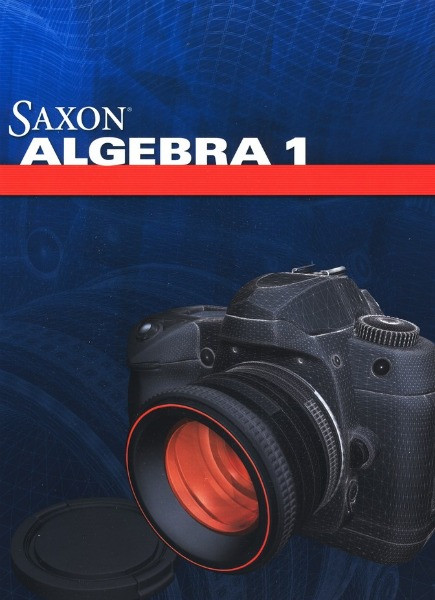 The 4th editions of Saxon Algebra 1 and 2 were not published by John Saxon. They were published by Houghton Mifflin Harcourt, who purchased Saxon Publishers in 2004. These editions are very different from the previous editions written by John Saxon (see the article below). One of the most damaging changes is all the geometry has been removed and placed in a new, Saxon Geometry text. The remaining lessons appear disorganized and confusing. These new editions will not develop the fluency required to excel on college entrance exams. Therefore, Dr. Shormann will not create DIVE video lectures for either of these new editions.

Instead, he has published a new curriculum, Shormann Interactive Math. Based on John Saxon's original teaching methods and enhanced by 21st Century technology, this new curriculum not only prepares students for upper level math courses, they prepare them to excel on the ACT, the new PSAT and SAT, as well as the CLEP College Algebra exam. Read more about Shormann Math at the link above.

Following is an article from the DIVE catalog that has more details on the HMH editions. 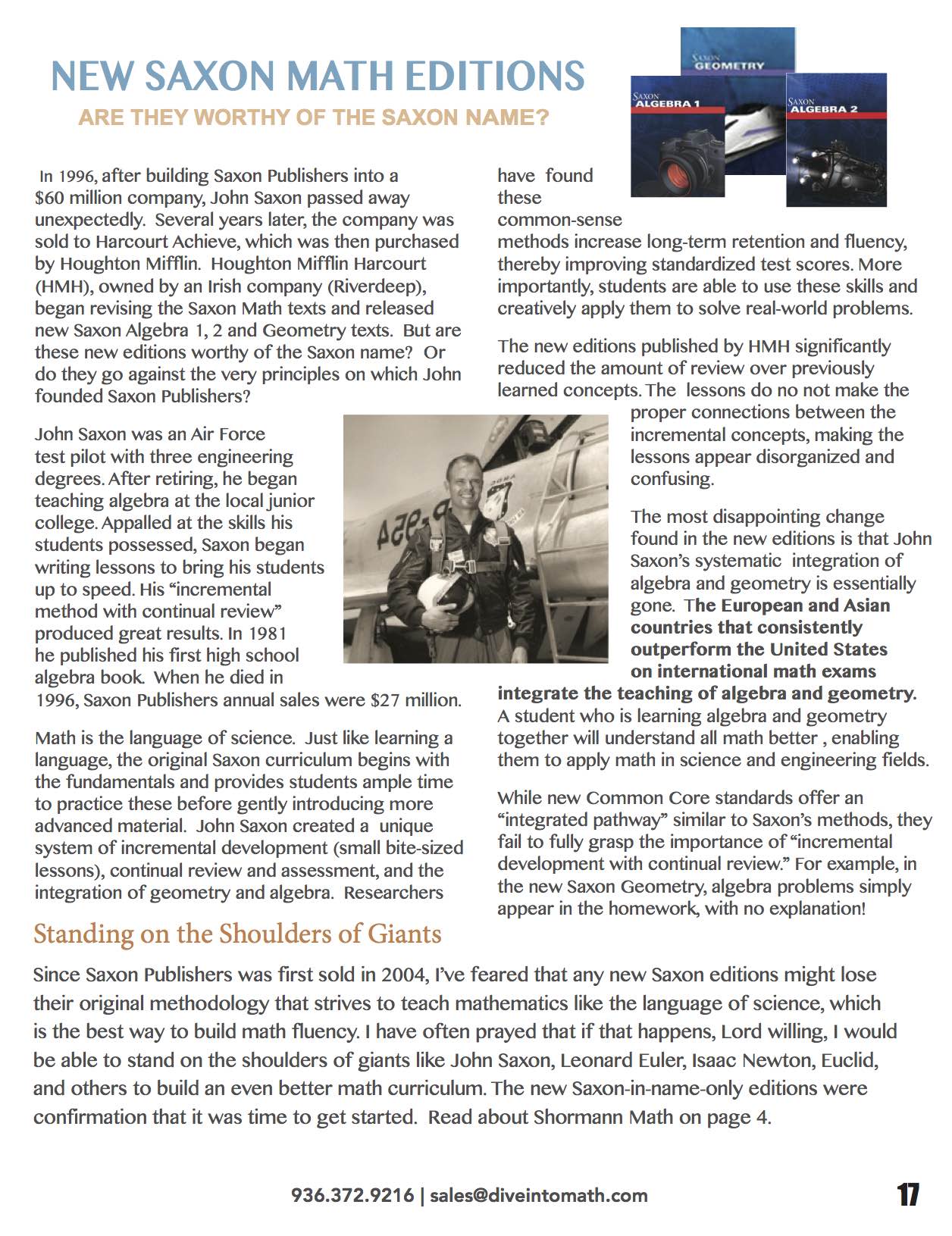 In 1996, after building Saxon Publishers into a

sold to Harcourt Achieve, which was then purchased

new Saxon Algebra 1, 2 and Geometry texts. But are

these new editions worthy of the Saxon name? Or

do they go against the very principles on which John

John Saxon was an Air Force

degrees. After retiring, he began

teaching algebra at the local junior

college. Appalled at the skills his

writing lessons to bring his students

up to speed. His “incremental

he published his first high school

algebra book. When he died in

Math is the language of science. Just like learning a

to practice these before gently introducing more

lessons), continual review and assessment, and the

integration of geometry and algebra. Researchers

importantly, students are able to use these skills and

reduced the amount of review over previously

learned concepts. The lessons do no not make the

proper connections between the

The most disappointing change

found in the new editions is that John

algebra and geometry is essentially

gone. The European and Asian

integrate the teaching of algebra and geometry.

A student who is learning algebra and geometry

together will understand all math better , enabling

them to apply math in science and engineering fields.

fail to fully grasp the importance of “incremental

development with continual review.” For example, in

appear in the homework, with no explanation!

ARE THEY WORTHY OF THE SAXON NAME?

Since Saxon Publishers was first sold in 2004, I’ve feared that any new Saxon editions might lose

their original methodology that strives to teach mathematics like the language of science, which

is the best way to build math fluency. I have often prayed that if that happens, Lord willing, I would

be able to stand on the shoulders of giants like John Saxon, Leonard Euler, Isaac Newton, Euclid,

and others to build an even better math curriculum. The new Saxon-in-name-only editions were

confirmation that it was time to get started. Read about Shormann Math on page 4.

This product hasn't received any reviews yet. Be the first to review this product!